One of my guilty pleasures of as late is stumbleupon.com.  It's an evil time-sucking website that allows you to identify some "favorites", let's say, CUPCAKES, and it will randomly generate websites that match your preferred categories.

So, when it's late at night and I'm trying to wind down, I have been known to stumble through a fair number of cupcake (and other) websites.  (It's no worse than playing spider solitaire, right?)

In the process, I've accumulated a few cupcake recipes that I've wanted to try out.  And so, with no cupcake/cake orders this week, I decided to do some R&D (that's research and development) with a rare quiet day at home.

It also happens to be my BFF's Birthday.  Margie is my good buddy who often gets roped into my insanity (she even helped me jack-hammer the tile out of my kitchen so I could lay down a wood floor).  We often get mistaken for one another, and for being sisters which is a compliment to me -- she tolerates it with her usual graciousness.  She's been involved in more than one of my frosting fiascos -- usually on the end of cleaning up after me and my mess.  I call her my side-kick, and she takes that in her usual good-natured stride.

While "stumbling" through random websites, I had picked out a few recipes, (two in particular) that had caught my eye:  Spiced Chocolate cupcakes with Clementine Cream Cheese Frosting, and Lime Cupcakes (see also below), and had planned to make them for Margie for her birthday.  But I also happen to know that Margie has a thing for "Heath" bars, so instead of being totally self-indulgent, I thought I ought to at least make cupcakes in a flavor she actually likes.

I came across the recipe at and modified it just a little. I substituted hot water for the coffee.  I don't drink coffee, and spent a summer working in a greasy truckstop coffee shop so I also don't care for the smell of it either.  Other than that, and perhaps a little less frosting than the original, I stuck to the recipe on this one).

Look at how these bad boys are assembled. 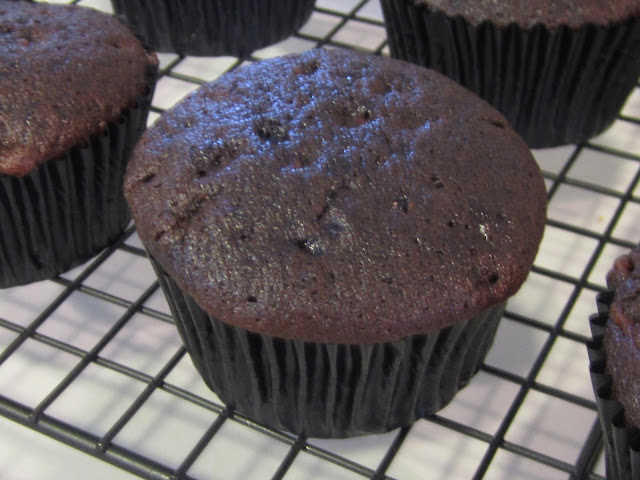 In the beginning... just a chocolate cupcake... 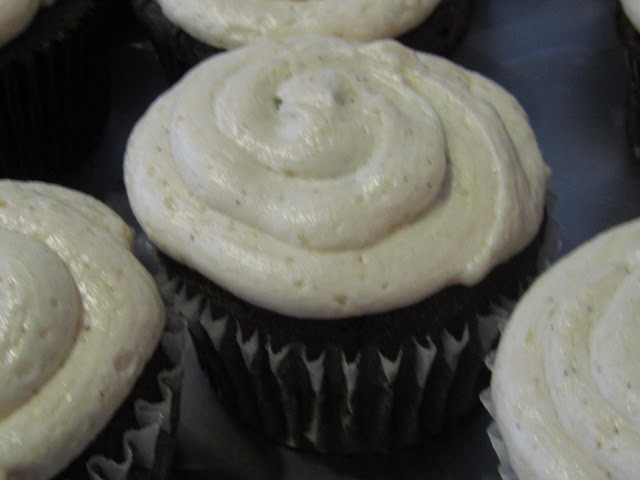 a layer of caramel frosting 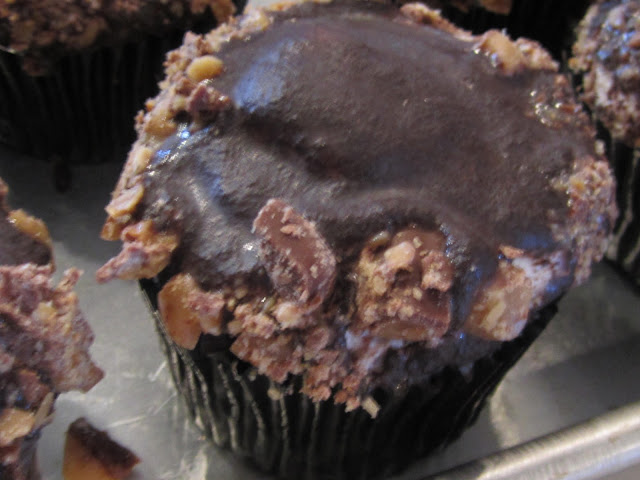 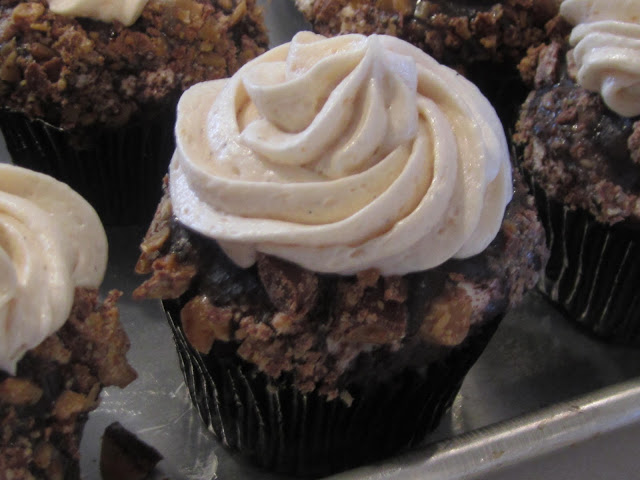 and topped with MORE caramel frosting.
They were yummy - and the birthday girl approved, so it's a keeper.
You can find the recipe at:
http://www.stumbleupon.com/su/7bBexc/www.bakersroyale.com/fast-and-easy/salted-caramel-cheesecake-cups/
Here's cupcake #2: Spiced cupcake with clementine cream cheese frosting. 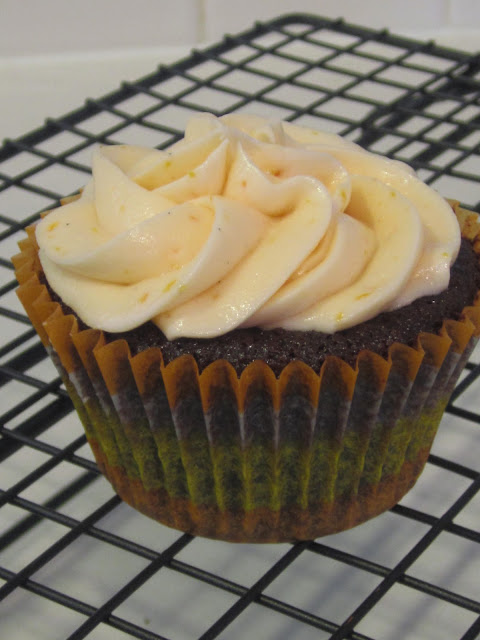 This one tasted like gingerbread.  Very spicy, almost bitter, but the orange frosting was a nice foil.
You can find the recipe here:
http://www.tastespotting.com/detail/104823/Chocolate-Spiced-Cupcakes-with-Clementine-Cream-Cheese-Frosting 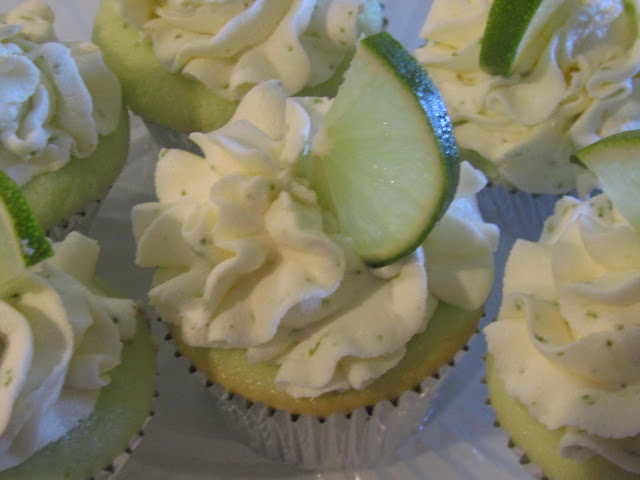 And finally,
Lime cupcakes with Lime whipped cream frosting.  I never did find "lime extract" - I'm sure my mom has some - but since she's 1200 miles away, I opted for some sugarfree Lime gelatin for flavor.  You can find it at:
http://theculinarychronicles.com/2011/07/08/fluffy-lime-cupcakes-with-lime-whipped-cream/
All in all, a pretty good cupcake day.  Stop by anytime for what we call "factory seconds" -- lots and lots of cupcakes hanging around = WAAAAY too much sugar calling my name. 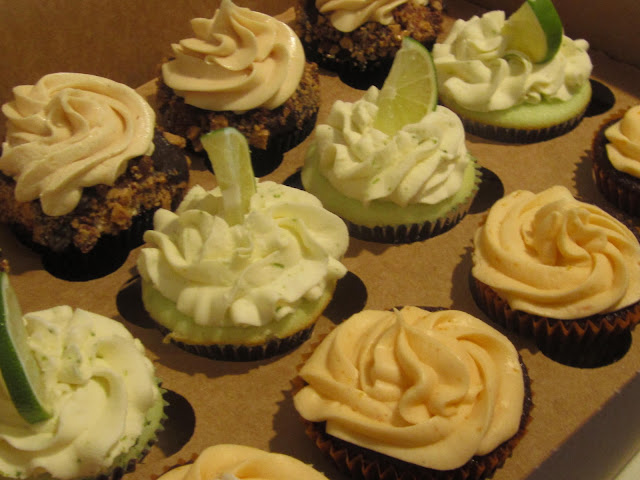 Posted by marilee woodfield at 9:56 PM