So, it occurred to me as I was finishing up a cupcake order for a wedding shower,
that one of the cardinal food rules is to avoid blue food.
Don't know whether or not it's just uncool, or whether it's taboo in order to avoid blue teeth syndrome.
Oops.
That's me -- living on the edge.
Had to match the hydrangeas, though, so blue it was.
Vanilla cake all around - the mini cake for the top of the cupcake tower had raspberry creme filling, (YUMMY!)
covered in fondant and topped with a bride topper and little hydrangea blosoms. 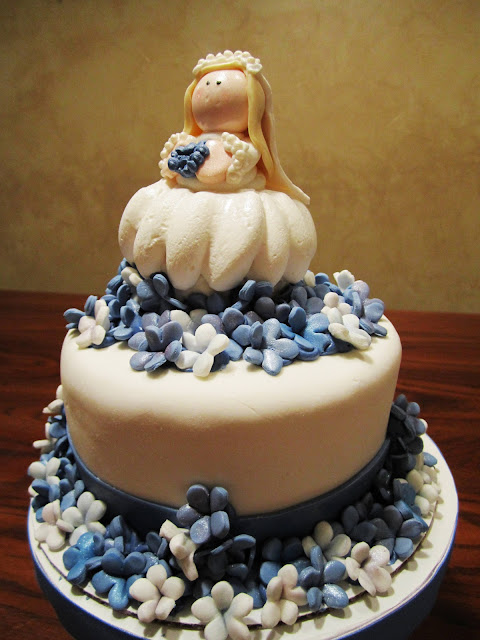 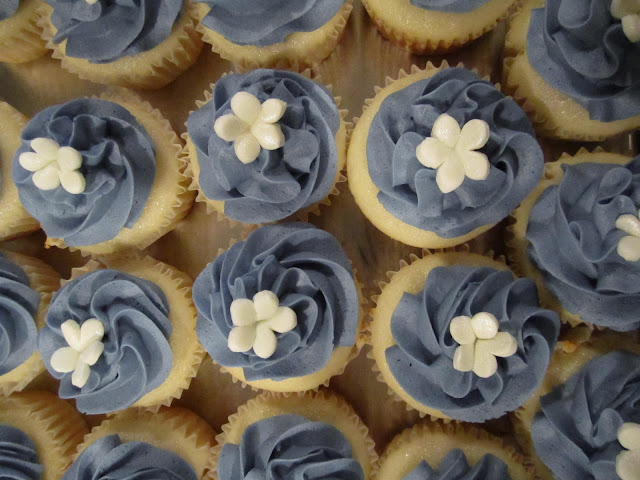 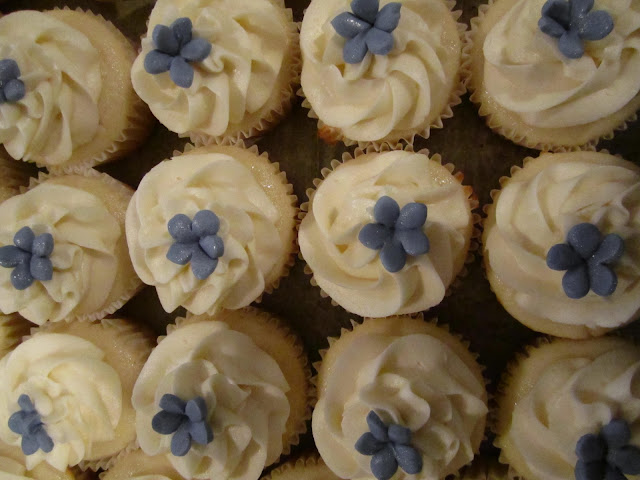 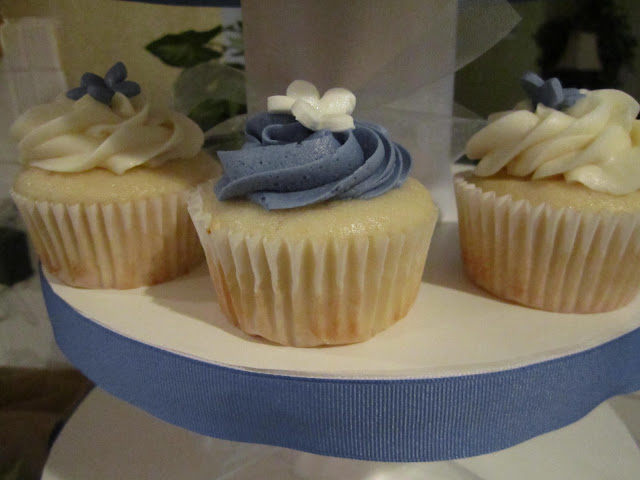 Posted by marilee woodfield at 9:00 PM