Martin turned 18 today, but he didn't want a party, didn't want a cake, didn't want presents. (OK, maybe he wanted presents).  Guess he's just too old for that stuff these days.  So mom planned a party to celebrate the 18th anniversary of her labor day labor.

Martin got into the spirit of things and would probably say it was a great day after all.

He and his buddies (fondant replicas of his friends are holding the "this is not your birthday cake" sign) and he like to play games - usually Poker, XBox 360, among others.  One favorite is "Pokemon" Monopoly.  So a Pokemon Monopoly Not Your Birthday cake it was.  All figures are made of fondant, and this project really made me wish I'd invested in a food printer so I could have made it really realistic.  Maybe for the next time Martin doesn't have a birthday!

Oh, in case you were wondering, I made a "Death By Chocolate" cake for Martin's Mom's cake!
. 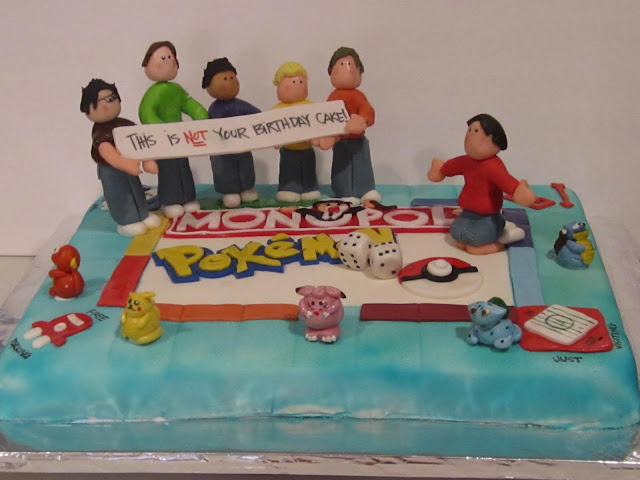 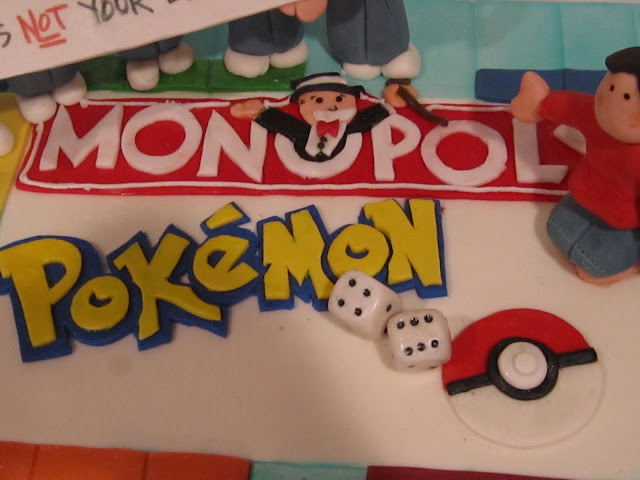 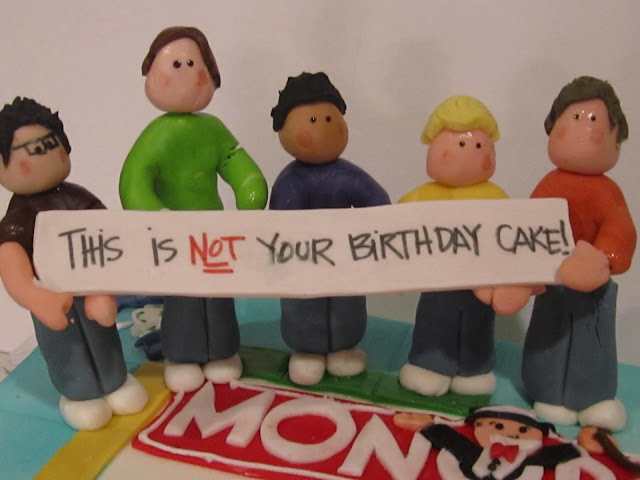 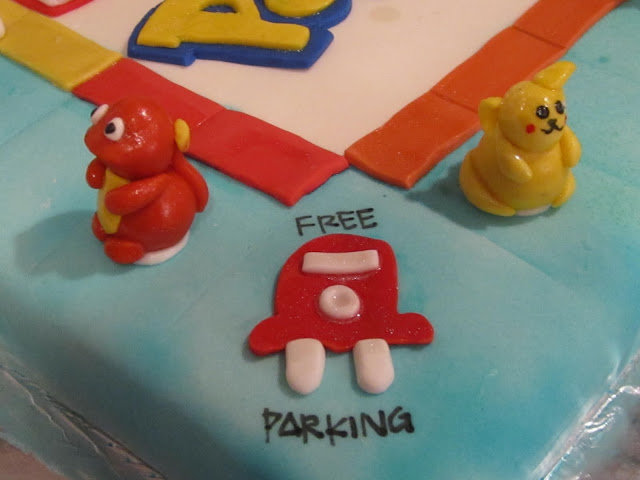 Posted by marilee woodfield at 8:27 PM