Courtney turned 10 and wanted a lime green cake.  Fortunately for me, all she cared about was that it was lime green, and that it had a soccer and volleyball player on it.

So I took advantage of the opportunity and tried a couple of things I had been wanting to try lately. 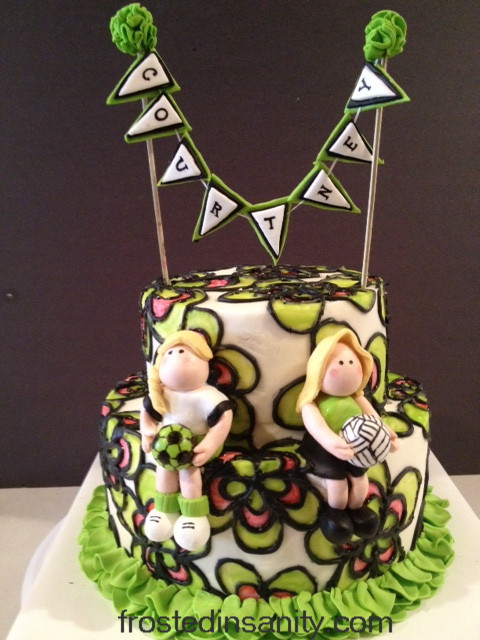 The ruffle around the bottom was the first thing I have wanted to try.  I have seen full cakes covered in this technique and they are amazing.  but since Courtney wanted primarily buttercream, I kept it to the ruffle along the bottom. 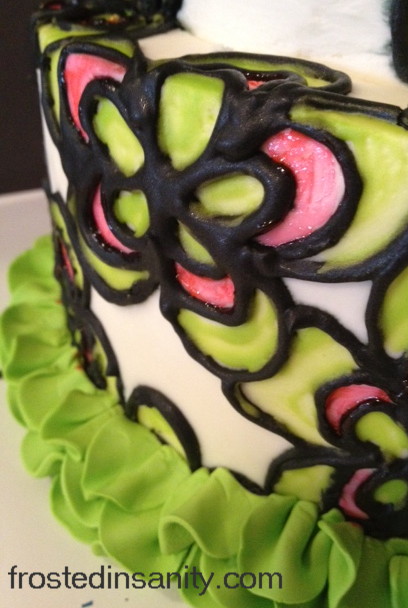 The first element was the "stained glass" painted effect, created by piping on the black, and then filling in the spaces with tinted piping gel.  Next time I will use a smaller outlining tip. 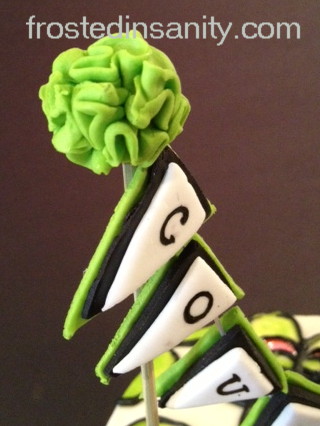 Finally, my favorite thing on the cakes were these tiny little pom poms on top of the banner.  So cute!

Posted by marilee woodfield at 3:02 PM