Emerson is turning 1.  An adorable 1 that is!  So a Very Hungry Caterpillar cake was on order.   This little apple is the "smash cake" all for Emerson.
The leaf cake and cake balls are to share with all the important people in his life.  Happy Birthday, Emerson! 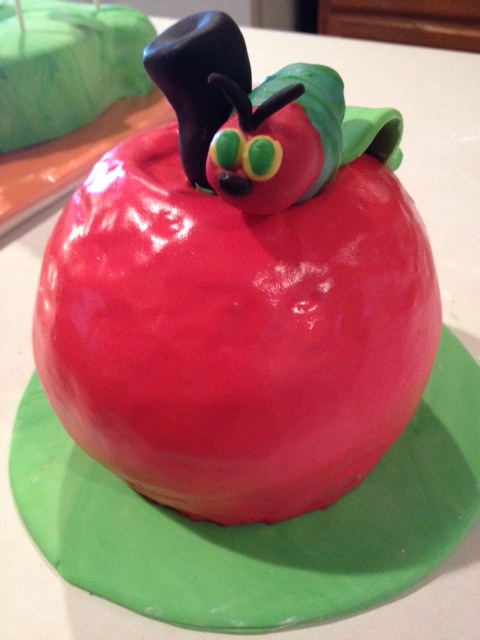 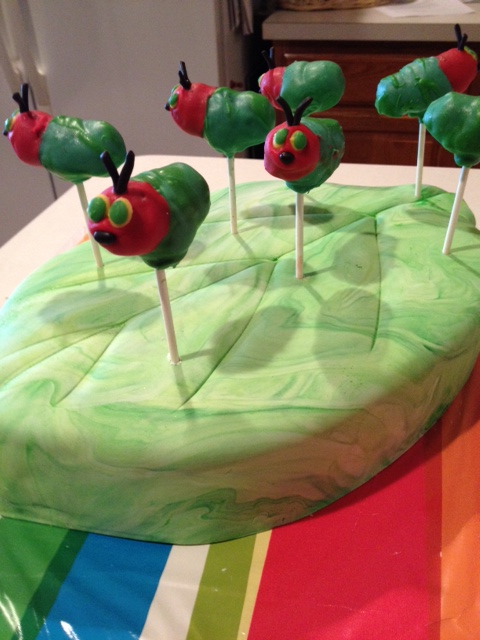 I had a "nirvana" moment while covering this cake.  I had intended to cover it in solid green fondant and then air brush a little dimension on it, but as I was kneading the fondant to add the color, it occured to me that Eric Carle's illustrations in the book The Very Hungry Caterpillar were water-colored with lots of color variation, so I stopped mixing and started rolling it out.  LOVE this look.

The cake board underneath is made from styrofoam sheets, then covered in this colorful fun striped wrapping    paper.  Then I placed the whole thing in my shrink wrap system to cover the paper and make the board waterproof. 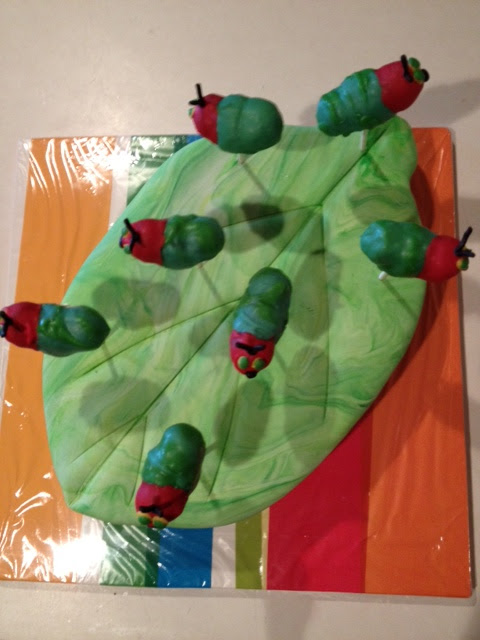 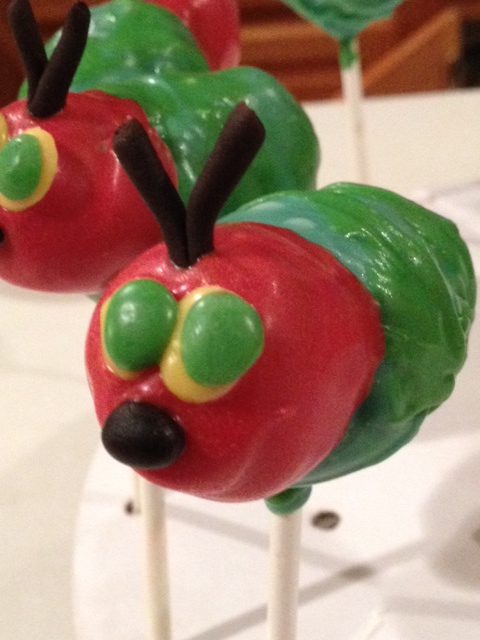 Caterpillar cake balls are chocolate fudge.  When I formed them they looked like turds on a stick --should have taken a photo of that!?!

I dipped the body in teal colored chocolate and swirled a brighter green on top, then swirled and tapped the chocolate to get the effect.  Once that was set, I dipped the head in red and attached the pre-formed eyeballs, antennae [chocolate fondant] and nose. 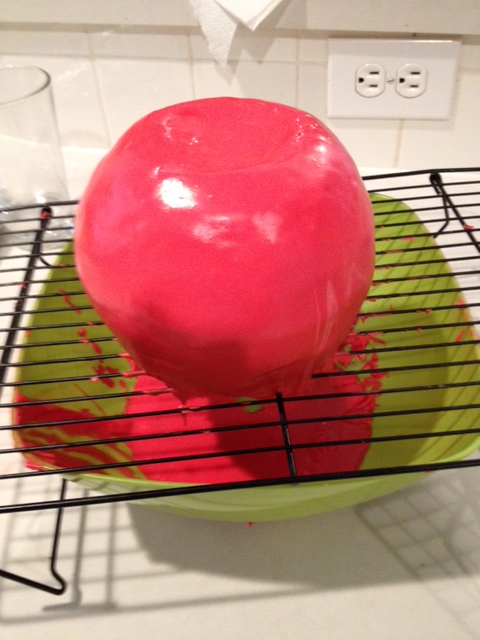 The apple smash cake is a carved vanilla cake.  I melted red frosting and poured it over the apple.  The first layer had a few bumps and bruises in it -- mostly because the frosting was to cold.  So I froze it, then smoothed the frosting with my hands and a little warm water.  The second pour made it much more smooth.  I placed it on a cooling rack over a bowl to contain the mess -- one of my more lucid moments!

The stem is chocolate fondant and the leaf is green fondant.

Posted by marilee woodfield at 10:03 AM