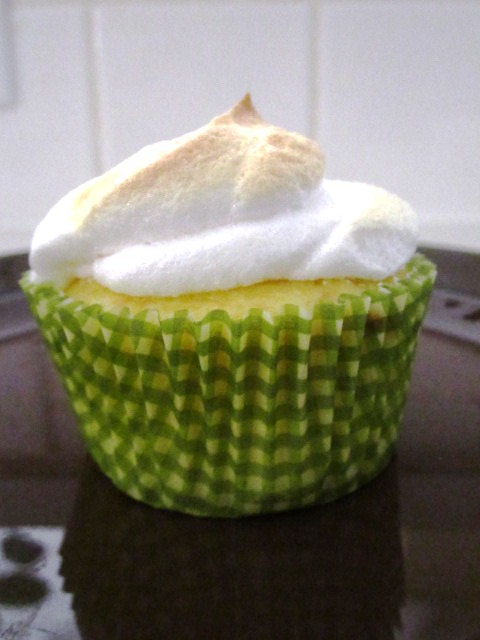 I have to say that I love pie, in fact, we generally have pie for celebrations.  To paraphrase Jim Gaffigan (a comedian) "put candles in a cake and it's a celebration.  Put candles in a pie ... and someone's been drinkin' in the kitchen!"   (We've put candles in more than just a few pies.)  It's quite frankly a little tough to decorate a pie!

So, I made lemon merengue pie cupcakes.

There is a pie crust on the bottom, followed by lemon cake, filled with lemon pie filling, topped with merengue.  Since I don't yet (YET!) own a blow torch, i stuck the cupcakes back in the oven to toast the merengue.  I was worried it would make the cupcakes dry out, but it all turned out beautifully.  I forgot to take pictures before the cupcakes were served, and this was the last one left-- so even though this isn't the prettiest cupcake, it was delicious!

Posted by marilee woodfield at 3:41 PM